Is your culture preventing you selling outcomes? 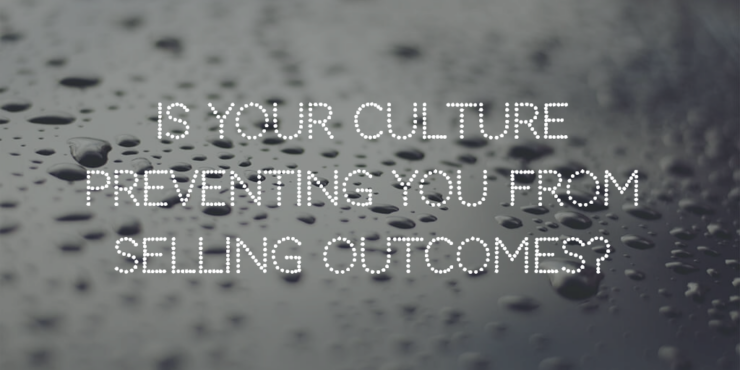 Many manufacturing companies are realizing there’s a limit to how money can be made from making “stuff” — particularly when those goods can often be made far cheaper elsewhere in the world.

Instead, the penny is beginning to drop that servitization — how manufacturing companies build revenue streams through selling services, rather than products — holds the key to sustainable profits.

Professor Tim Baines, has been banging the drum for servitization for years, but only in the past five years or so has he seen interest perk up.

“The tenor of the conversation has moved from it being seen as an academic concept, where companies struggle to understand the relevance, to one where organizations say that they are starting to ‘get it,’” Baines says.

But while they may profess to “get it,” many are actually looking for ways to improve their organization’s service delivery, rather than achieve true servitization.

“The problem is the debate about servitization is getting washed in with improving service and, as a consequence, it’s not getting the airplay it deserves,” Baines notes.

Baines hopes the conversation will move beyond “scraping around the edges of the servitization debate” and delve deeper into the steps needed to adopt advanced services.

Technology, relatively speaking, is easy to access and to exploit compared to changing the people and culture side of the company. — Tim Baines

Baines maintains we should look at servitization through three lenses. The first is changing the business model (which is when people tend to talk about changing the relationship with the customer). Secondly, servitzation requires changing technology (which is about supporting field services). The third, and in Baines’ view, the most crucial lens, is organizational change.

It’s this third lens that is often neglected, according to Baines. “Technology, relatively speaking, is easy to access and to exploit compared to changing the people and culture side of the company,” he says.

This organizational shift requires excellent change management skills. It also requires skills in choosing and dealing with technology suppliers, shifting the culture, engaging the entire company, and looking at the financial and contractual aspects of the change.

It requires a monumental effort — but the benefits can be enormous, as the U.K.’s MAN Truck & Bus has proven. 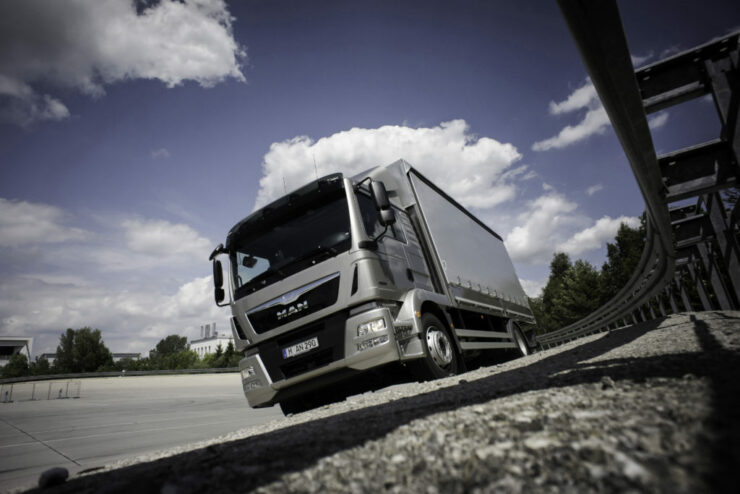 Servitization wasn’t so much a matter of choice as a necessity for the commercial vehicle supplier. The market for trucks has more or less halved during the last 20 to 30 years, in a market where margins are tight. Making money from manufacturing alone, especially for a small firm, was simply no longer sustainable.

The catalyst for change was a switch to digital vehicles. The addition of on-board telematics meant that many elements of the vehicle could be monitored remotely, including location, oil levels and customers’ driving habits.

Taking full advantage of the information these telematics provide required a new business model. MAN Truck’s sales force, services operation and dealer relationships were turned on their head. Dealers, for example, went from sales and services franchises to services-only franchises.

“Twenty years ago, we sold trucks and we sold parts, and today we sell kilometers,” says Des Evans, former CEO of MAN, who spearheaded the changes.

The company spent 12 to 18 months just gathering opinions from all stakeholders and lobbying for the change before it did anything. Twenty years ago, we sold trucks and we sold parts, and today we sell kilometers — Des Evans, former CEO, MAN Truck & Bus

“You make a damn sight more money. However, there’s a lot of risk involved — your reputation is in service and if it’s not good, you’re soon found out.”

MAN is a great example of how servitization can create a sustainable revenue stream and profit boost, not only for itself, but for its dealers and customers.

In addition to profits, servitization also provides environmental and social benefits that are often overlooked, according to Baines. Servitization is better for the environment because the aim is to increase the longevity of products and improve efficiency (through less fuel usage, for example). It’s also good for society in general, because it keeps business local and puts an end to the it-could-be-done-cheaper-in-China style conversations.

But to push through a major change to servitization requires leadership — by someone who has a clear idea of the benefits, and the technical and personal skills necessary to persuade the rest of the company. While field service professionals clearly see its benefits, they may not be the best people to push this change through.

“You’re preaching to the converted with the field services guys, but they haven’t necessarily got the traction inside the organization to bring about change,” says Baines. Someone in manufacturing or engineering might be harder to convince initially, but they may have more influence in the long run.

The benefits of servitization stack up, but it requires a massive change of focus and business model. And that requires long-term commitment, as MAN’s Evans can attest. He is often quoted as saying it took him 10 years to become an overnight success.